Spina Returns to the Cage

In less than two weeks, King of the Cage will be back at Black Bear Casino in Carlton, MN for another epic show. Sponsored Fight to Finish fighter Nick Spina has been working hard in preparation for a show fans will not want to miss.

Spina hails from Superior, WI and trains at Apex Jiu-Jitsu/Lorenzi’s Boxing. He has been training in martial arts for about six-and-a-half years. As an amateur, Spina has a winning record in his 14 fights, and has a solid win under his belt for his professional debut. This will be his second time in the cage since turning pro, and he aims to maintain a winning professional record on Feb. 21st against TJ Krause. 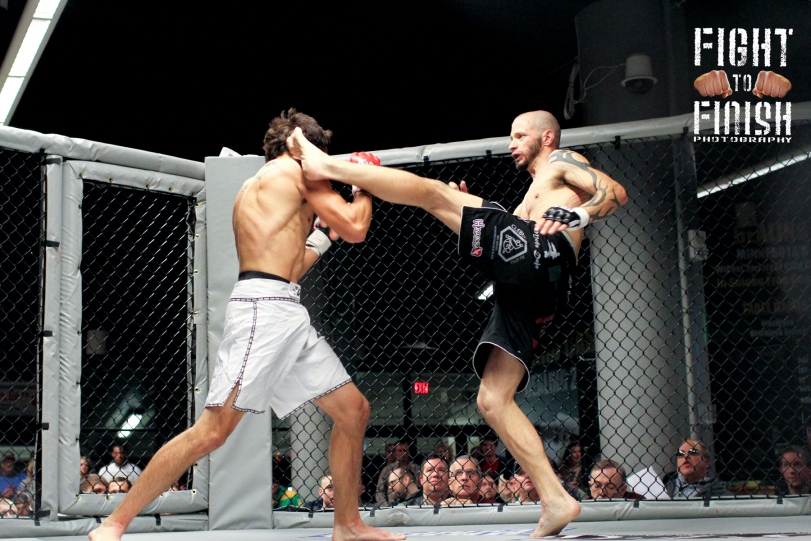 Win or lose, it is the excitement of the fights, the challenge of the sport, and the recognition it brings that keeps Spina coming back to the cage. He draws inspiration from his girlfriend Brittany Yagoda and their son, determined to set a good example to the young eyes that look up to him. “Even though he is only four,” Spina said, “I’m always trying to show him that hard work pays off.”

And hard work is what Spina has been putting in. He knows that with Krause, his next opponent, he’ll be facing a tough grappler. “Fans should expect a great fight, with lots of action!” he said. Although no stranger to striking, most of Spina’s wins have come from submissions. He has not revealed his game plan for his upcoming fight, however, he does have a few words for his opponent.

Always ready and willing to put on a show that the fans will not forget, Spina fondly recalls the most memorable event for himself. “The most memorable time in the cage for me would have to be my very first fight,” he said. “Before I came down to the cage, literally the whole crowd started chanting my last name. It was so loud it was almost overwhelming. I won the fight in about a minute and the whole place erupted! This is something I will never forget!”

He has come a long way since then. Fourteen amateur fights, one title shot, and one pro fight later, Spina has definite goals for his future. “My long term goal is to see how high up the rankings I can get as a pro,” he said. “I’d like to see how far I make it, and if all else fails, I’ll fight ‘til I’m 40 and then open up a nice big gym!”

To see how the next installment in Spina’s story develops, get your tickets to his next fight at Black Bear Casino in Carlton, MN on Feb. 21St. Tickets are available here: http://www.kingofthecage.com/shows_page/public-enemy/ 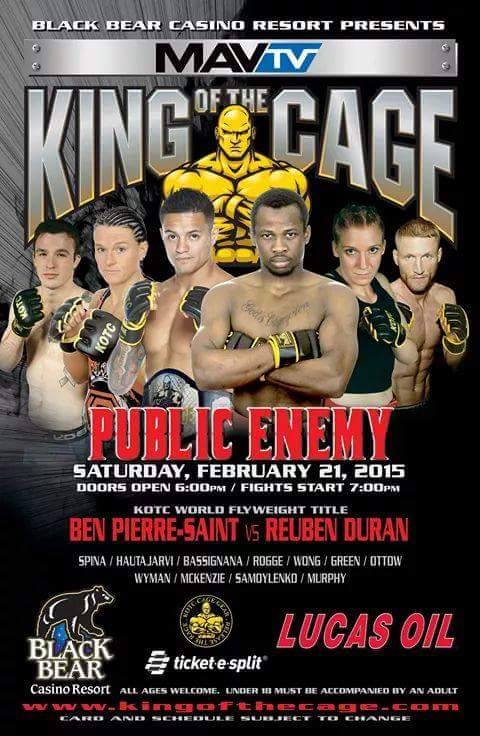