Pierre-Saint Ready to Rock It and Roll 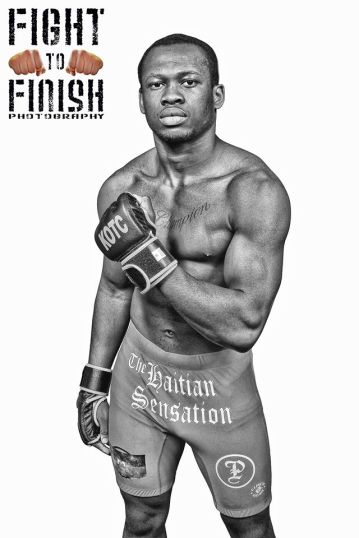 Fight night comes a day early this week at Black Bear Casino Resort as King of the Cage kicks off 2016 in a new way. Traditionally fights have been held on Saturday nights, but starting in January, they will now take place on Fridays.

Fight to Finish fighter Ben Pierre-Saint graces the combat stage as a familiar face with a new stage presence. BPS made a statement that we’d like to share with fans.

“I believe my fans should come and see this fight, because in the last two months I have improved tremendously. I took time off from fighting during that time, which is the longest time I have had off since I started fighting.

I have dropped down to a lower weight class to dominate my opponents even more.

I believe that in 2016 the fans will see a much more ruthlessness and dangerous Ben Pierre-Saint. I have improved so much that the fans will assume that I am not the same person! I cannot wait to kick off 2016 “Haitian Sensation” style!

I would like to take this moment to give a big shout out to my sponsors. Thank you to Joseph Farone at Isotonex Nutrition, Medesto Power, Scalavies Restaurant and Sandy Hackenmueller at Fight to Finish Photography. And another big thanks to my coach Robert Mrotek and the whole Innerstrength MMA family for helping me prepare for this fight. I would also like to THANK my boxing coach Phil.

Thank you everyone for all your help and support. “When I dominate, we dominate!” Just keep that quote in mind!” 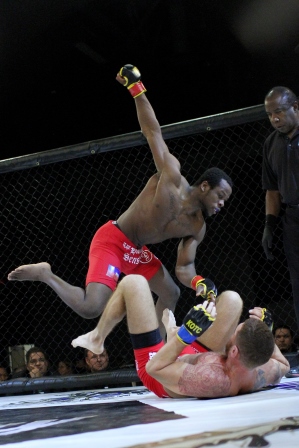