When an MMA event goes off without a hitch, with spectacular match-ups, balanced fights and an atmosphere thick with suspense, much credit goes to the matchmaker. Mike Camp, perhaps more than most, knows the weight of this job. Fourteen years as a matchmaker and ten promotions later, those who know him best would say that Camp and MMA is certainly a match made in heaven. 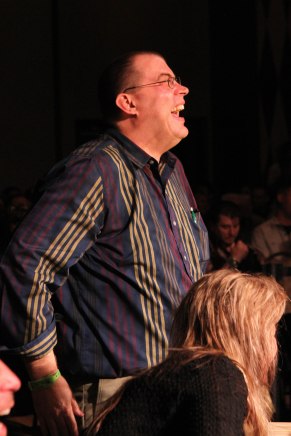 In 1993, the UFC aired its first event, which quickly created a fan in Camp. After he saw the show, Camp and his friend Dave Stone decided they wanted to start training in mixed martial arts. They sought out Coach Pat Miletich, a UFC champion, and in 1998 their training began. “The first move we ever learned,” said Camp, “was the head/arm choke from UFC fighter Jeremy Horn.”

As Camp continued training, he eventually found himself in a position to manage some of the fighters he was training with. This was his stepping stone to matchmaking.

“At the time that I was managing fighters, I happened to be really good at research and networking,” said Camp. “I would book my guys their fights, and it always seemed like I was able to refer people to fill other spots.

“I had worked with Freestyle Fighting Championship, booking fighters pretty regularly. They decided to try a tournament in Indiana where I was pretty involved in the sport. FFC hired me officially for that event, and things kind of took off from there. I have a copy of my first check framed in my office. They paid me $300 and I was thrilled!” 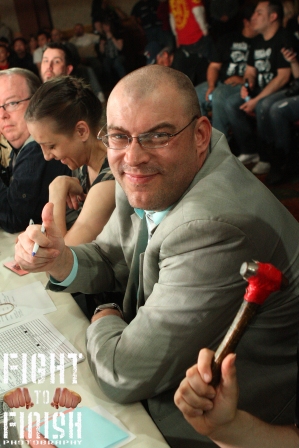 Since then, Camp has been involved in either matchmaking or consulting for various promotions in the Midwest.“My primary accounts are located in Wisconsin and Minnesota, where I am matchmaking for King of the Cage and Duke Roufus’ NAFC, respectively,” he said. He also has regular accounts in Tennessee, and said he is always open for new business.

Camp’s reputation appears to remain rock solid when working with these promotions. And the statistics speak for themselves. Camp reported that in 2013, with 39 full cards and 437 complete bouts, roughly 70% of these bouts made it out of the 1st round. 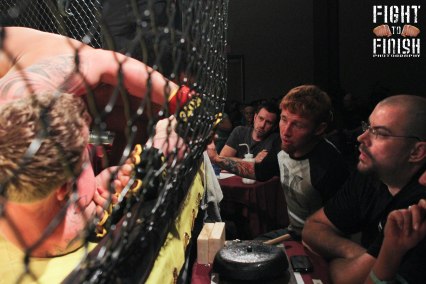 Camp has journeyed with many fighters as they made names for themselves. He trained alongside Chris Lytle from Lytle’s pre-UFC days. He was integral in getting Lytle signed to the UFC. “One memorable moment, I will say, was my first UFC contract for Chris Lytle. I still have the copy signed by myself, Chris and Dana White,” Camp said.

Current UFC featherweight contender Cole Miller has worked with Camp for years. “I’ve known Mike since 2006,” he said. “He was a matchmaker on Legends of Fighting Championship in Indiana. He had actually gotten my brother, Micah Miller, and friend Blake Bowman a couple of fights, and that is how I came to meet him.

“I enjoyed working with Mike, because he kept the environment relaxed, which is what a fighter needs. It’s stressful enough making the weight and all the things that go along with fight preparation. I think Mike is a great dude, and an interesting person. This sport could use all of those we can get!”

Fellow UFC fighter, Dustin Ortiz, found that working with Camp for King of the Cage was a very easy, upfront process. “From a fighter’s point of view, Mike Camp is one of the best at his job,” said Ortiz. “Everything needed for the fight was explained, with great communication. As long as you did your job, he did his.

“That’s what I liked about working with him. Mike helped me further my career by being good at his job. Matchmaking good fights takes skill, and when you win those good matchups you only move up. By winning most of my fights that Mike Camp did the matchmaking for, has most definitely furthered my career.” Ortiz’s last fight before he was signed to the UFC was with Camp through King of the Cage.

Working with athletes as they grow in the sport and move on to desired nationwide platforms is one of many perks in the industry. Camp said he also enjoys the freedom of not punching a time clock every single day.

But one particular experience stands out above the rest. In 2002, Camp was on his way to Vegas with tickets to UFC 36. Unknown to him, his fiancée Laryssa arranged for them to get married in the UFC cage before the event. To the best of Camp’s knowledge, they are the only couple to get married in a UFC cage in the history of the promotion. 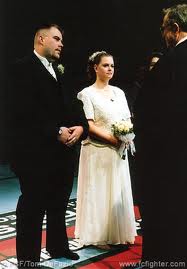 To some MMA fans, this life Camp leads may appear to be a dream come true. But Camp assures there are down sides to his job. “It is the hardest job in our sport and is often a stressful and thankless job,” he said.“Ask anyone who has done matchmaking and they will verify!

“My biggest challenge is overcoming misperceptions and misconceptions. It seems that no matter how up front I am with people in the industry, there is always some level of distrust at first. The fight game is a dirty business and I get penalized for every disreputable person in our sport.”

And then there are the fighters who back out of an event at the last minute, leaving the matchmaker in the lurch. “I recently had a fighter back out the week of the event, because they ‘forgot’ their wedding was that weekend,” said Camp. “Seriously…”

Regardless of the type of situations thrown in his direction, Camp has no intention of slowing down. His goals for the next five years include building his business and continuing to grow. “In 10 years I am hoping to turn my business over to my son and simply be his adviser,” he said.

In the meantime, he will continue to put his best foot forward, creating spectacular match-ups, surrounded by the respect and high regard he has earned in this business.

2 thoughts on “Mike Camp Sets the Bar in MMA Matchmaking”