Fan Favorite Schuman Back at Lake of the Torches Casino

Long known for its King of the Cage affiliation, beautiful Lake of the Torches Casino Resort in Lac du Flambeau, WI is ready to kick off another event. On Saturday night, featured fighter Frank “Nightmare” Schuman will once again show spectators and fans why he is one of the area’s favorites.

The  Lac du Flambeau Tribe is Schuman’s hometown, an association he carries with pride. He trains out of Leadership Academy Martial Arts and currently holds a contract with King of the Cage. He will be back this weekend to defend his undefeated professional record against the formidable Bill Finn of Sharkbite MMA.

Finn has a reputation as a heavy hitter and a solid athlete, but Schuman is not adjusting his training camp in preparation. “Like I’ve stated before, I train for every fight like it is a title fight,” he said. 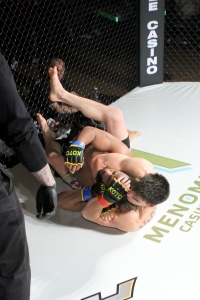 Schuman considers his biggest strength in the cage to be his explosiveness. It is no secret to fans that his ground game is nothing to dismiss. Schuman feels prepared for anything and everything, and never underestimates his opponent.

In this case, his opponent is someone he has a friendly relationship with outside of the cage. Good sportsmanship is essential to the sport, but it seems ironic to many to see two fighters slug it out inside the cage, and shake hands and laugh together outside of it.

Schuman does not see a problem facing off against someone he is amiable with. “We both agreed to this fight,” he said, “and we know in the end it is OUR job. I have nothing but respect for Bill.

“However, he did agree to the fight, and I will treat it as a threat to my career.”

Schuman is dedicated to setting a good example as well as defending his winning record. “My main goal is a positive professional image,” he said. “I don’t need to talk bad about my opponent before a fight. My training Monday through Saturday will speak for itself on fight night.

“Plus, I have professional sponsors to represent, and a huge team of young ‘n hungry guys to show how to keep positive. I have to show them that we have the skills – there is no reason to run your mouths.”

However, he has a few words for Finn as they head into the fight weekend.

After Saturday’s fight, Schuman is ready to hit the ground running come Monday. “I look forward to the Monday after the fight, getting to regroup, and focus on the next fight,” he said. “I am never settling. I am always staying hungry, focusing on the next training session and the next bout.”

His love and dedication to the sport are obvious through his actions, but Schuman says there is so much more than that.  “What do I love about MMA? I love the people in the sport,” he said. “Not just fans, but the crews that you work with, and the people you meet throughout the fight life.”

Fight to Finish Photography is a small part of this fight family, and we wish him the very best as he continues on with his fight career! You can follow Frank on Twitter or his Facebook fan page! 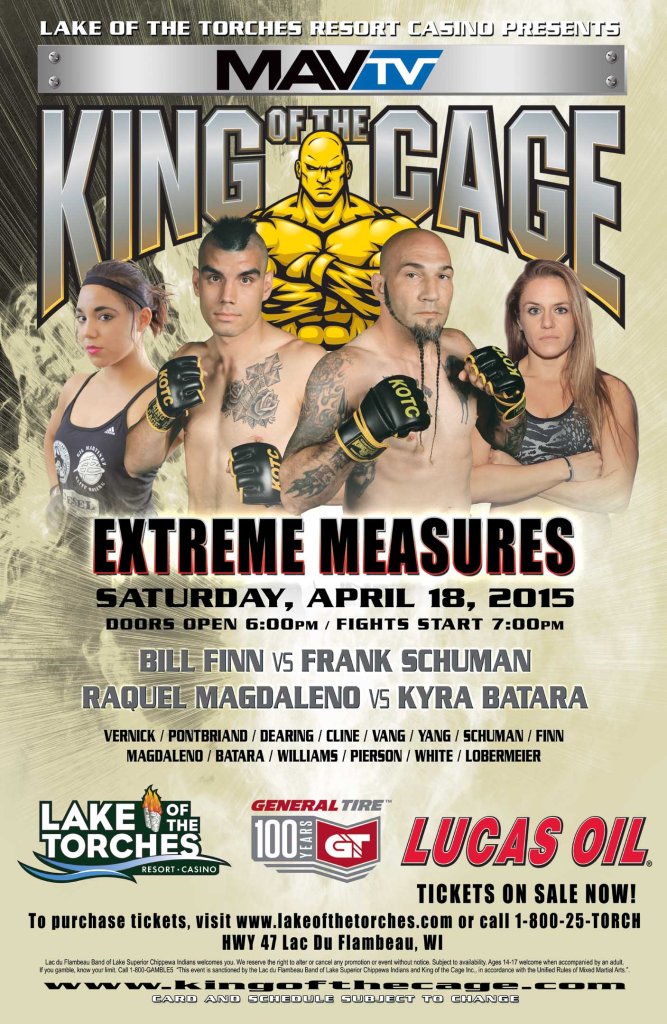